Non-conforming orthodontist Oliver Siebelist, 36,  works 11 days a month, surfs the rest and takes a month out every year for humanitarian projects.

Why? He finds fee-earning work “very boring”… Here he explains his philosophy and how he splits his time between Spain and Portugal. Think you’ve got the bottle to follow his lead? 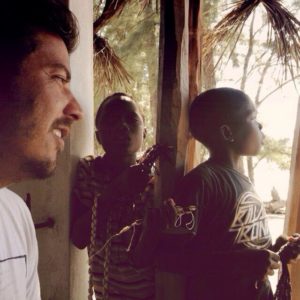 Oliver is launching his own NGO this summer

Do people work too much?

Free time is important to me as I like to surf and travel. As a dentist here that’s only possible if you’re an orthodontist servicing small private clinics. I work at seven clinics.
I do seven days in Madrid and four days in Ericeira and other towns along Portugal’s south west coast. It’s a lot of driving and I’m thinking maybe I should move to Lisbon where I could work in the morning and surf in the afternoon without having to travel.
Other dentists just work, it’s money money money and they have to be there every day. I could go to a big clinic and work every day but then I’d have no freedom. 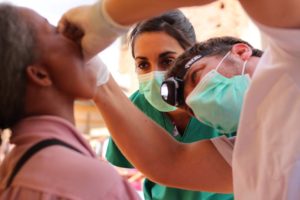 Why did you become an orthodontist?

It was a way to earn money doing something I was good at and have free time. As a kid I wanted to surf every day, which wasn’t easy because I lived in Madrid. When I was 15 I had some orthodontic work done and saw how my orthodontist lived – she only worked 10 days a month! I happened to be good at physics at school and understood what she was doing very well, to the point where I was correcting her work.

The first four years were amazing. Now it’s OK; I make people happy, but I think I should have studied something creative like film direction or painting. I am good at this but I am very bored. It’s so boring.

Your greatest skill as a dentist?

I can always make people laugh. I’m also good at teaching but I only do that when I’m away working on humanitarian projects. I don’t really like the atmosphere at universities. Most dentists are extremely arrogant and bad at working with their hands… Some are only stupid [laughs]. 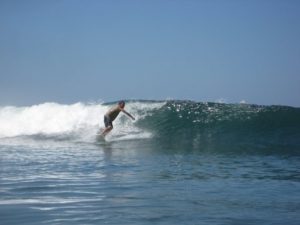 Surfing is an important part of Oliver’s life

Tell us about your humanitarian work

I go away for one month a year and teach young dentists to do extractions. It’s always a crazy adventure. We had a guy with a machete trying to get on our bus to rob us in Nicaragua. Another time we realised our driver was a 13-year-old child. In Nepal up in the mountains the monsoon created rivers around us, which was a little bit scary. There was an electrical fire in Cambodia and we had to stop the villagers pouring water on it. Something always happens.
You end up in remote villages with no electricity or water, which really tests your resourcefulness. I’ve taken out teeth with a spoon and discovered you can cure composite for fillings using just the sun and a magnifying glass if your polymerisation lamp won’t work. This summer I am launching my own NGO called Smiles and we will be heading to Mozambique.

Do you speak any languages?

Portugese, German, French, Spanish, English. I have a German father born in Lisbon and a half Spanish half German mother born in Madrid. 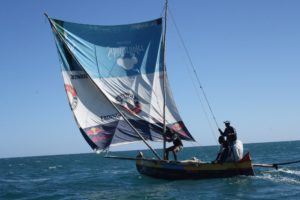 What’s the best thing about living in Portugal?

The people, the food, the waves. I moved here two years ago which is a little bit crazy as I still work more in Spain than Portugal, so it’s a bit like building a house but starting with the roof! I know the Algarve very well as we came here every summer when I was a child. It used to be like going to Africa back then – you would be the only one on the beach. My father was the first person to surf in Sagres. I live in Ericeira which is a small, pretty town up the coast towards Lisbon. 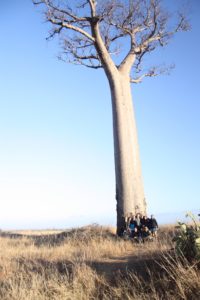 Travel and new experiences are not really possible if you’re only objective is to earn money, says Oliver 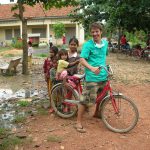